St. Mary's prides itself on the amount of sport our children compete and play in both in and outside of school. We ensure that all pupils participate in at least 2 hours of sport each week. Outside of school we have already competed in indoor athletics, rowing and football this academic year. Also our after school clubs are very popular with the children and we have over two thirds of the school attending these clubs.

In October children from class 2 took part in an agility competition. The events the children had to take part in each used skills from throwing, running and jumping all performed in slightly different ways. The activities they took on were the chest push, howler throw, standing long jump, speed bounce, shuttle runs and hurdles. The children threw themselves into every challenge, showing great determination and concentration to complete them at the best of their ability. They all really enjoyed the morning and had lots of fun. 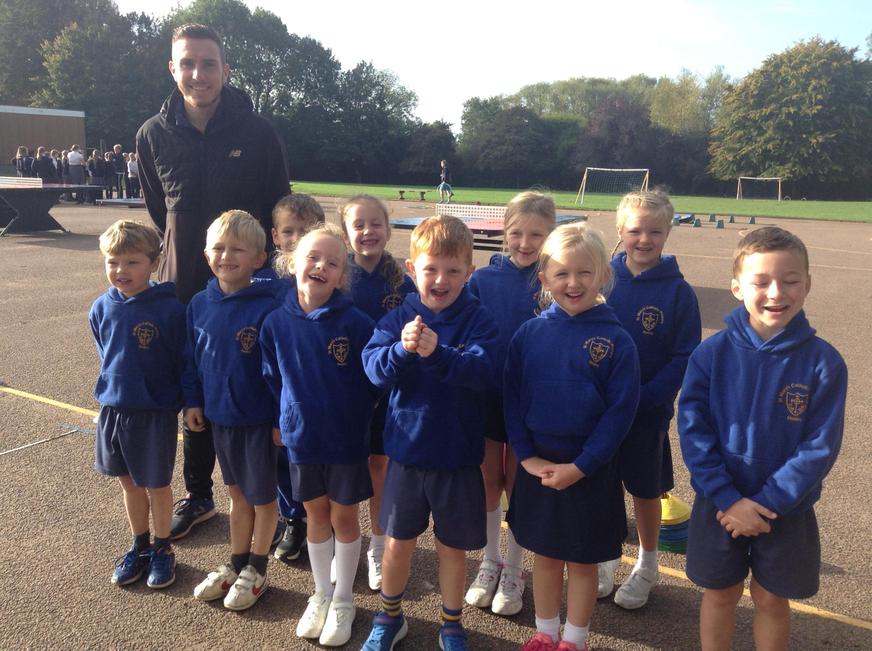 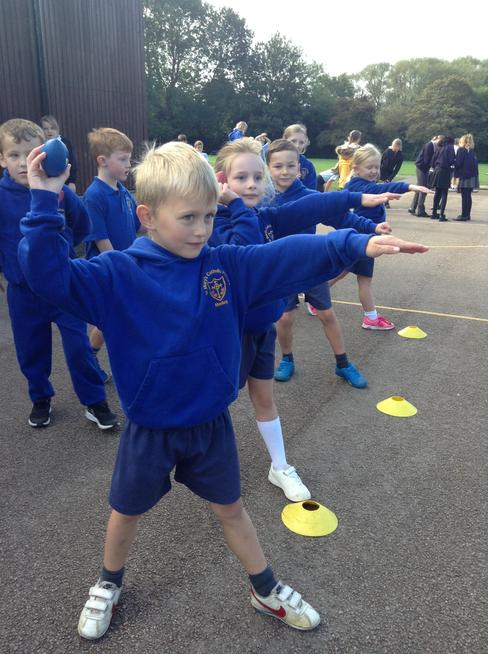 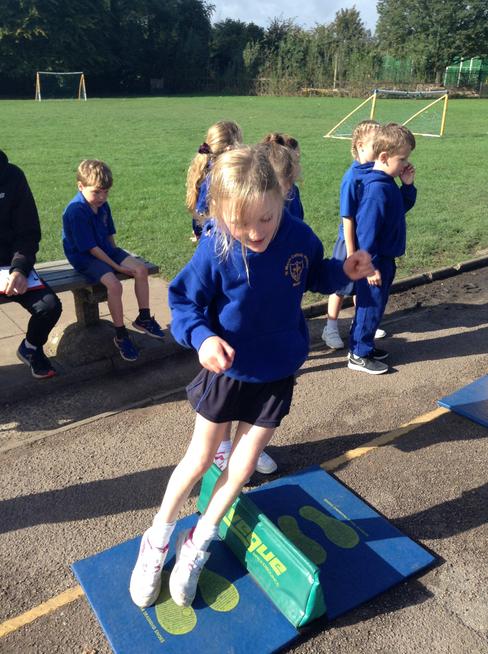 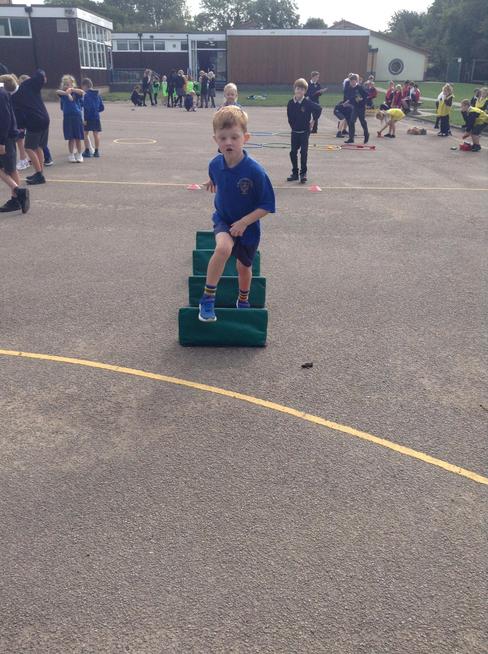 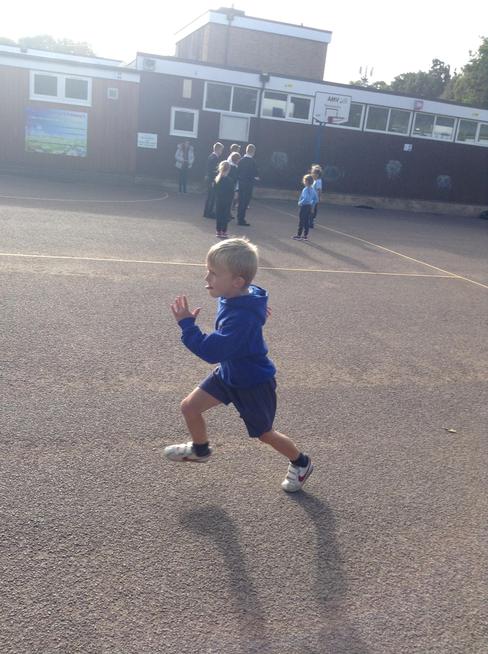 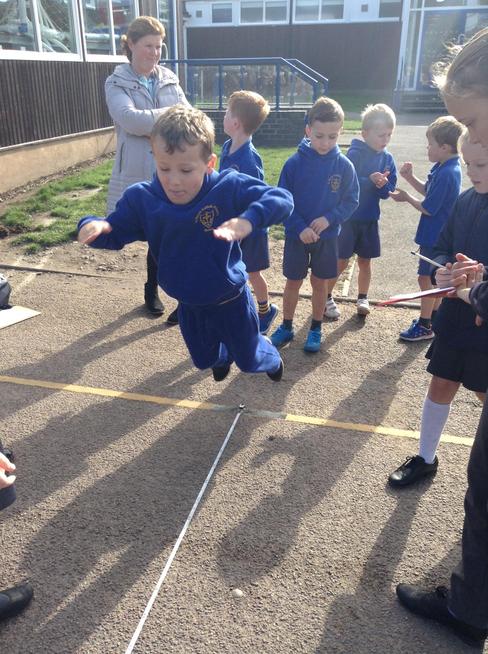 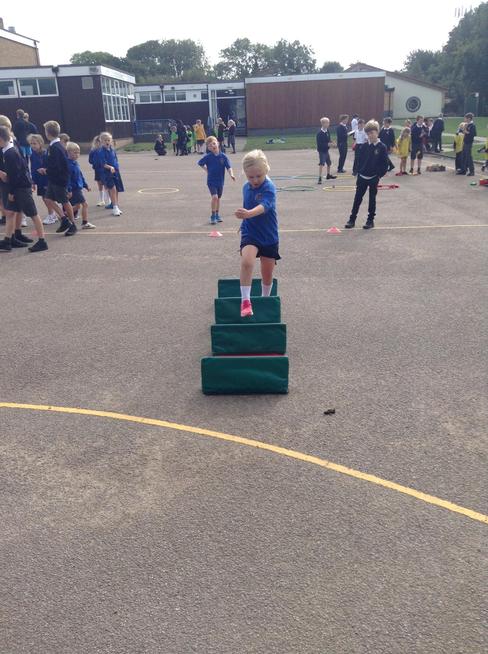 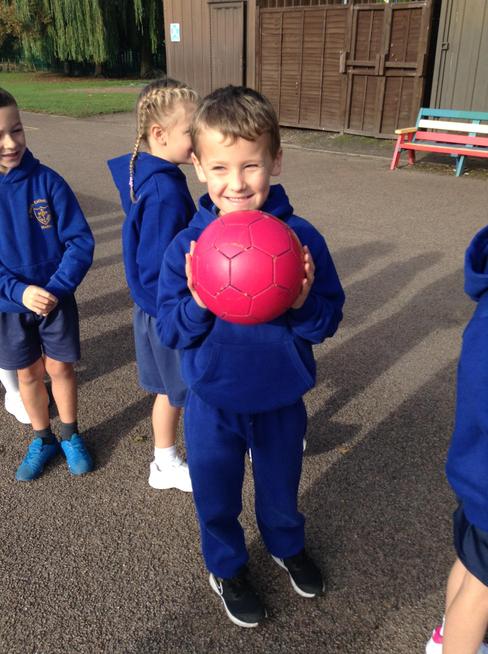 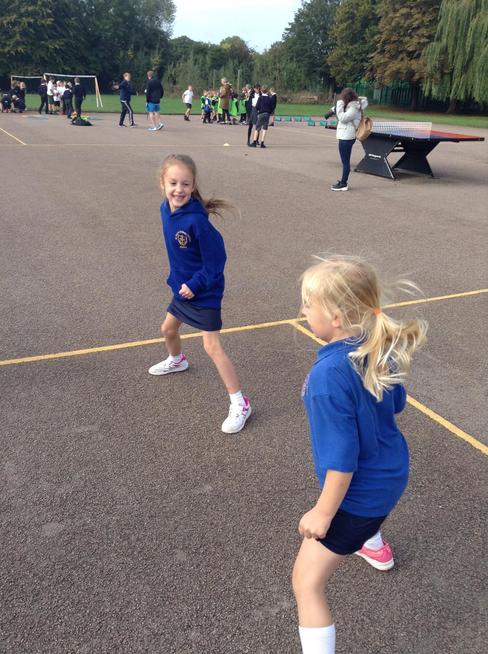 In November our Year 5's were invited to take part in a dodgeball competition with a slight twist. This event was a Spirit of the Games competition which allowed the children to score their opponents after each match on three of the main values for School Games. Their values are Honesty, Teamwork and Respect. Kineton High school hosted the festival and nine primary schools took part. The children really enjoyed the morning and there were great games being played as well as some excellent signs of sportsmanship on show. The children showed great levels of teamwork by constantly rotating the team to allow all players to get a fair amount of game time, as well as showing great amounts of respect to their opponents by shaking hands and saying well done at the end of every game. 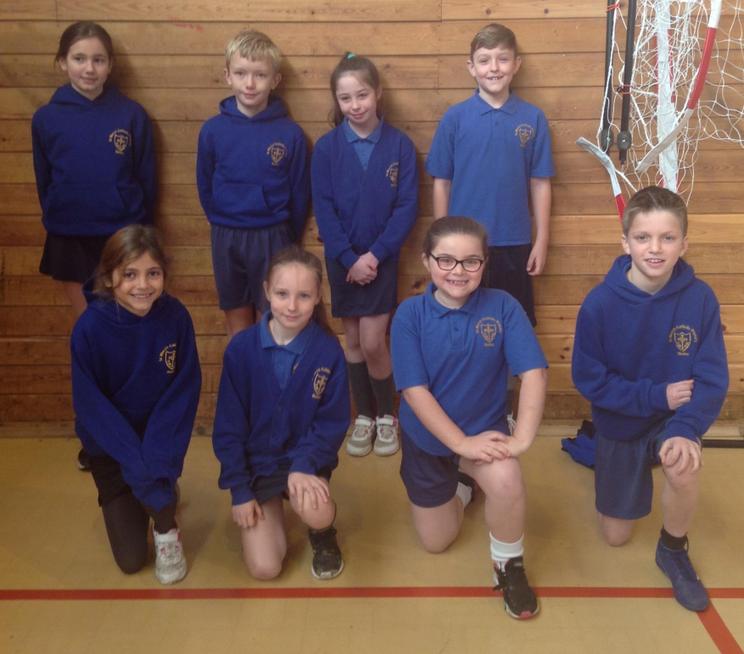 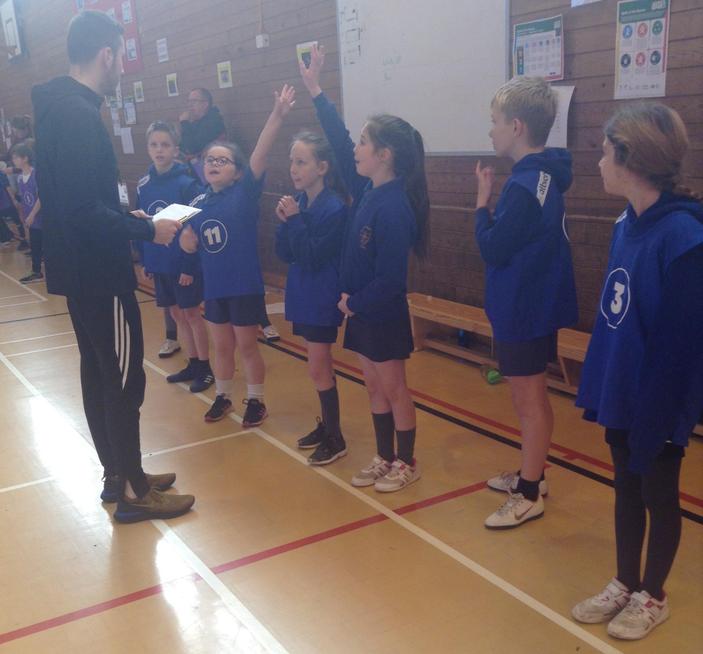 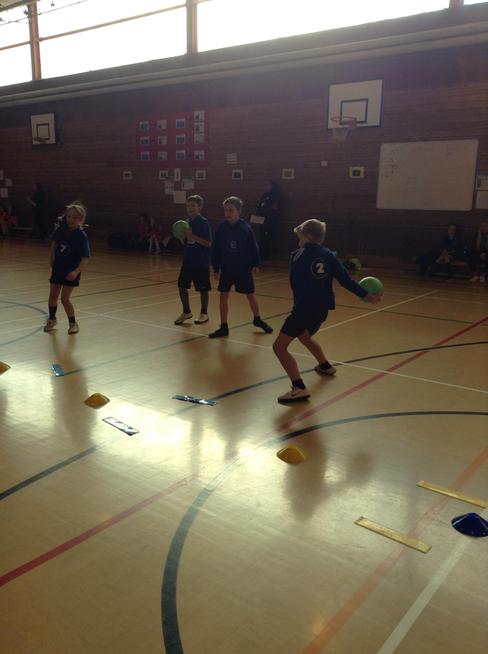 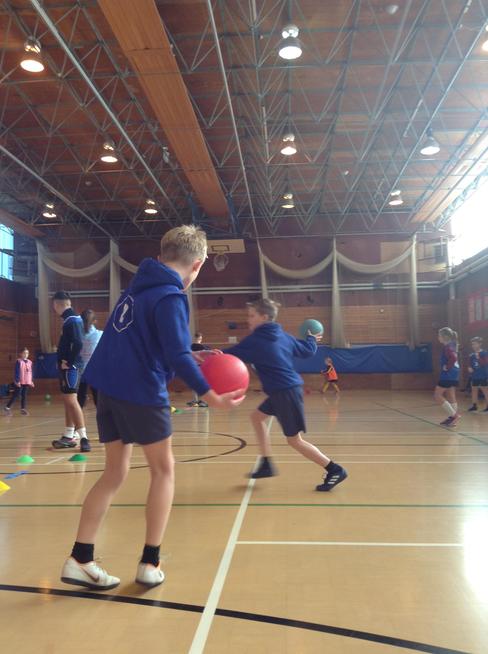 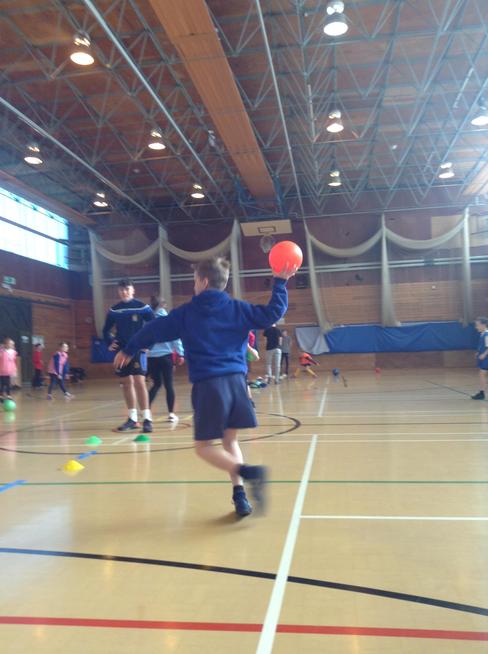 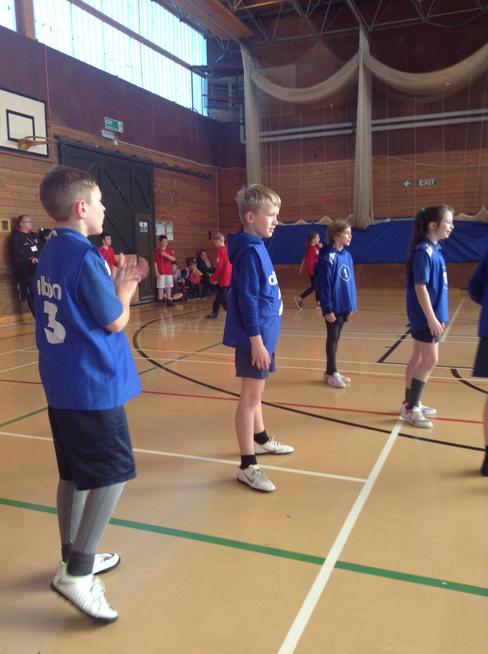 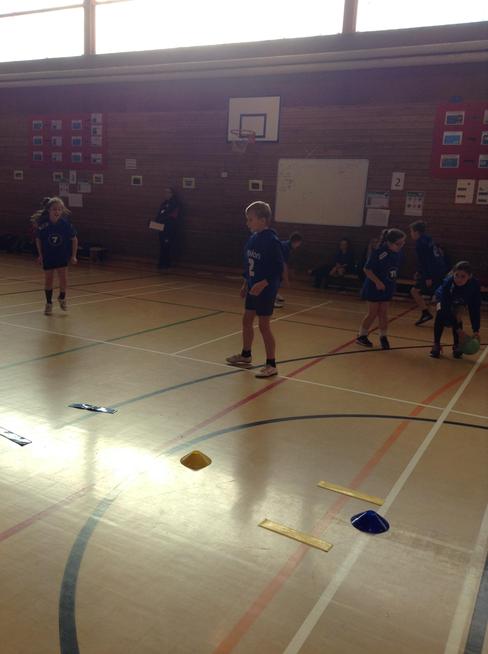 In June we got invited to take part in two Hockey competitions, one for Year 6 and one for Years 3 and 4, hosted by Stratford Hockey Club. Our teams had 2 training sessions prior to the event from Ben Lanoe (gold medal winning masters England hockey player).  Our Year 6 team were up first in their group stage while our Year 3 and 4 team were on second, this allowed them to watch the Year 6 game and take some tips going into their match. The Year 6 Team excelled through the group stage managing to win all five of their games, whilst only conceding two goals, meaning they were through to the final. In the final they played against Bridgetown and made quick work of making sure we won the tournament with an excellent team performance to finish the whole competition unbeaten. The Year 3 and 4 team didn't have it so easy in their group stage as they started their first game they very quickly went a goal down. It took the team a while to pick themselves up again but they managed to find a very late equaliser ensuring we drew the first match. This gave them a surge of confidence as they went on to win their next 3 matches ensuring we got a place in the final. In the final it was Bridgetown again who looked very determined going into the game. Bridgetown opened the scoring in the final and piled on the pressure as they hit the post several times and our team began to panic. Mr. Green made a last minute substitution in order to try and save the game, which paid off as we managed to snatch a last second goal just before the whistle blew for full time. This meant that we would have a penalty shootout, nerves started to appear in both sides as the teams selected their penalty takers, we only had 3 penalties per team. Who knew a hockey match for 7-9 year olds would be so tense and exciting? After a few dramatic moments of goals and misses it came down to the last penalty which would be taken by Zach, Zach remained calm and collected as he took on the pressure of the penalty and scored by slotting it in the bottom corner much to our delight, meaning our Year 3 and 4 team won their competition. 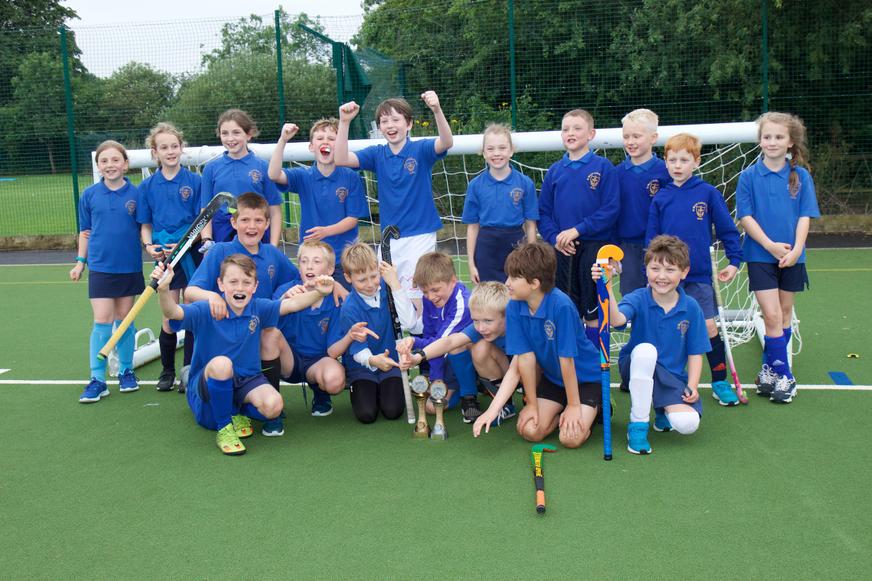 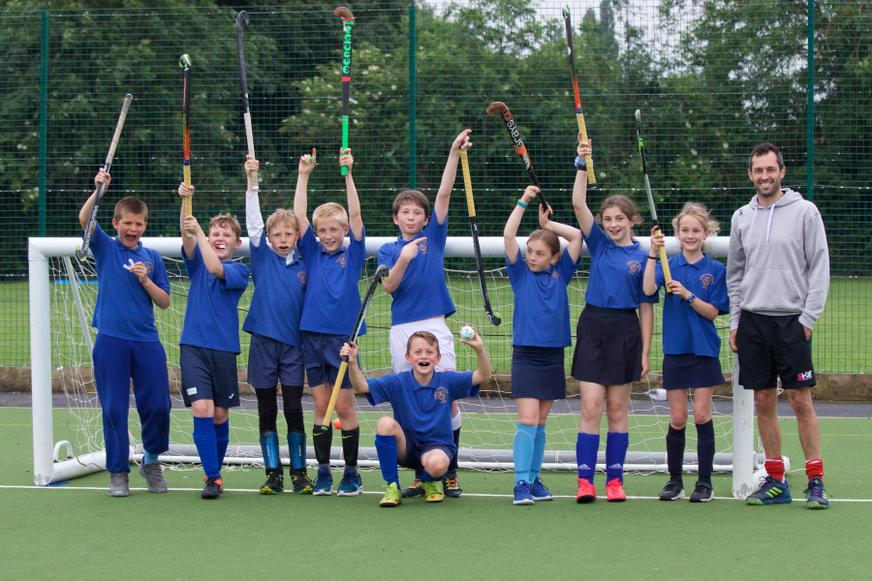 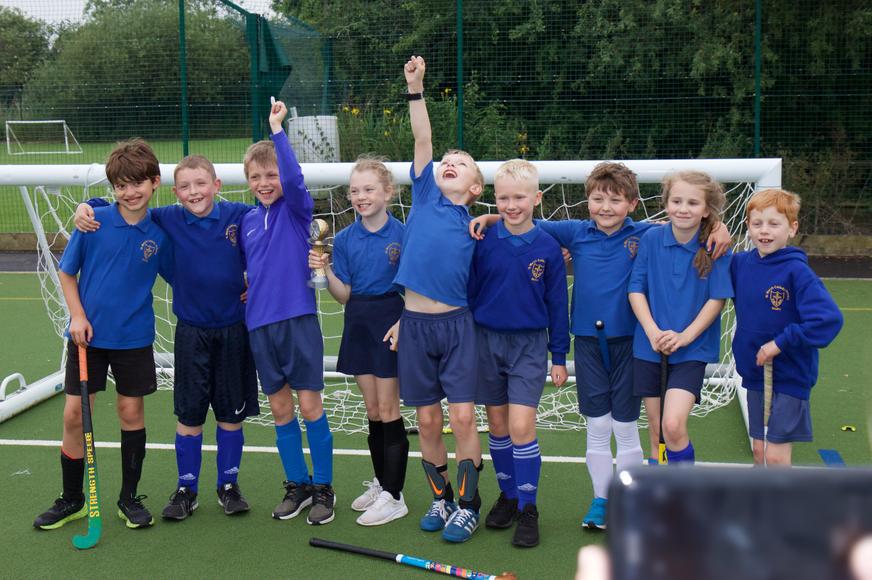 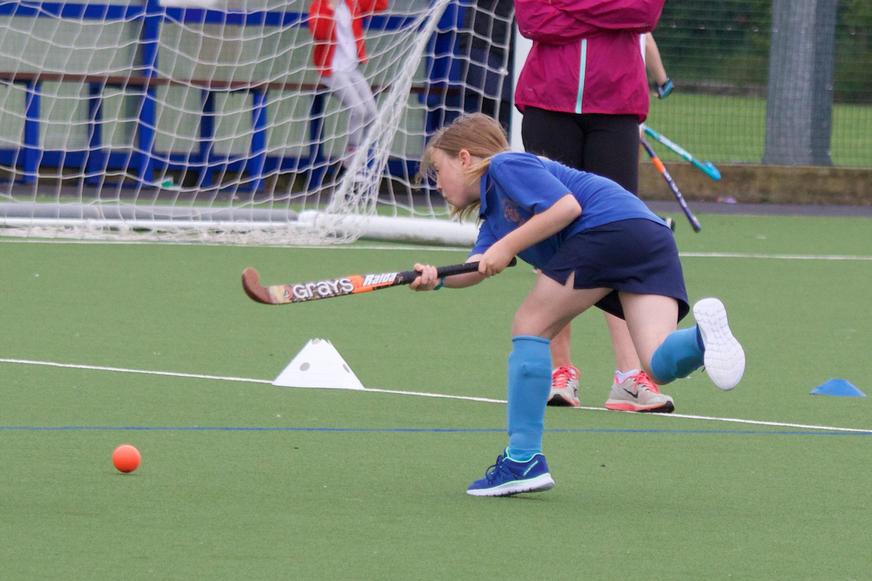 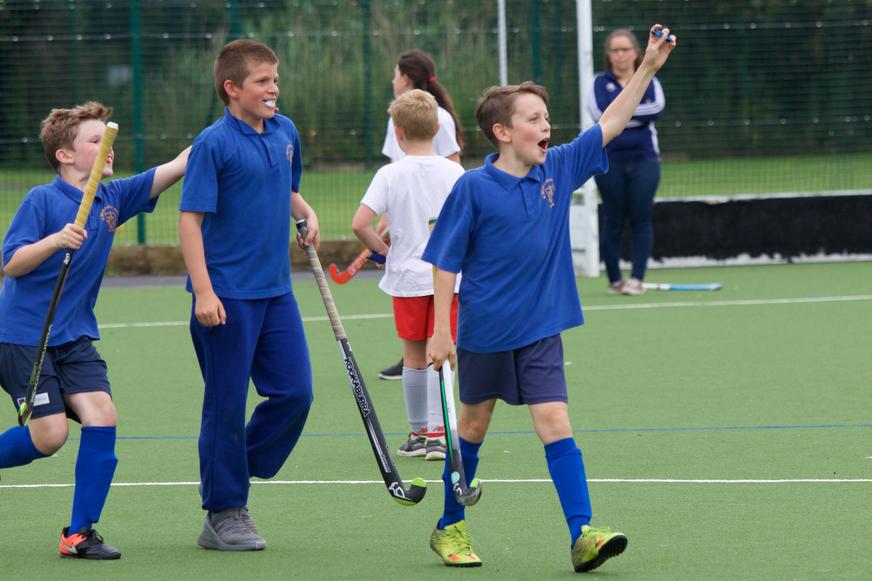 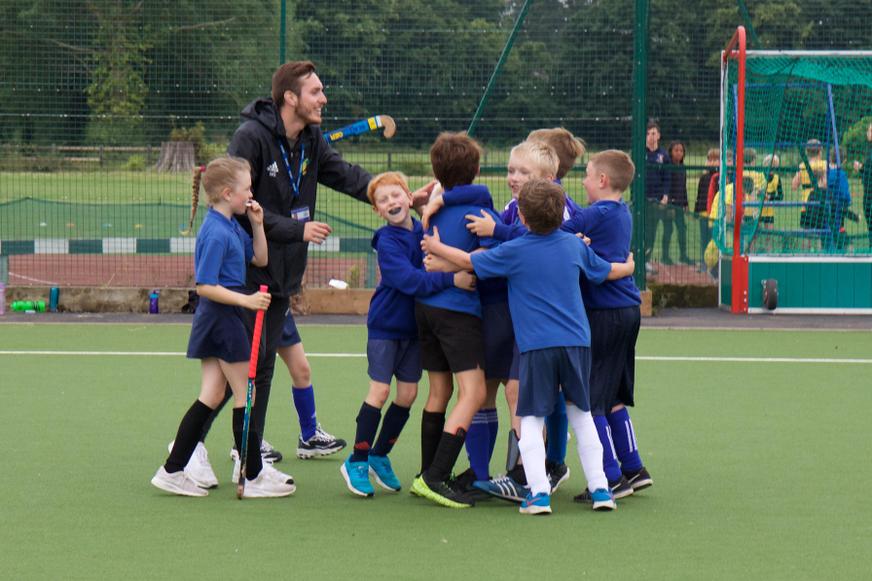 In November, a team of 4 boys and 4 girls from Year 6 represented the school in an indoor rowing competition at Alcester Academy. Seven local schools competed against one another in first individual races followed by a team relay. Our children had been practising beforehand on the school rowing machine and it showed. It was a great team performance from all 8 children. When all of the scores from the individual and team races were taken into account the girls team finished 5th and the boys team finished 1st which made us all very proud as this showed off all their hard work they had put in. With this result it meant that the boys team qualified to represent Southern Warwickshire in the School Games Finals at The Tudor Grange Sports Centre in Solihull. The finals took place in April, the boys were filled with excitement and a few nerves as they had to compete against 15 other schools! Our boys made us very proud, they all managed to get personal bests smashing their scores from Novemeber. The final scores were counted and our team finished 8th out of 16 which was a terrific effort from the boys. 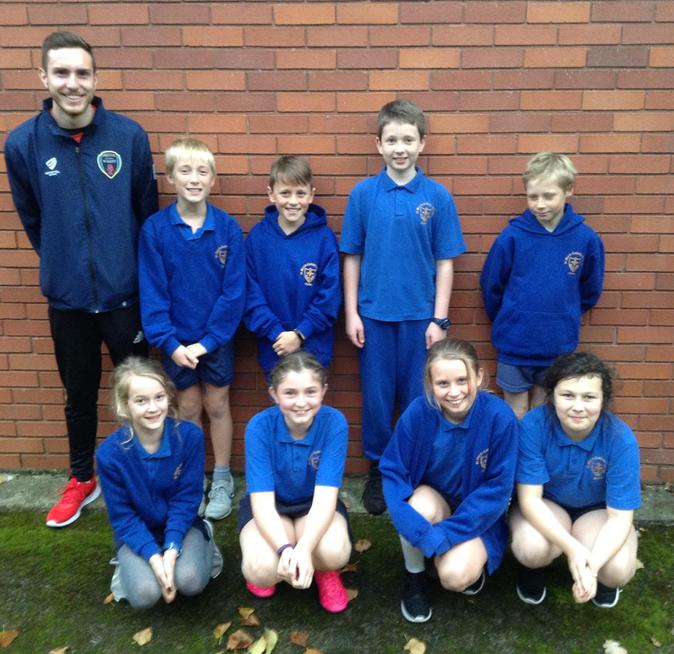 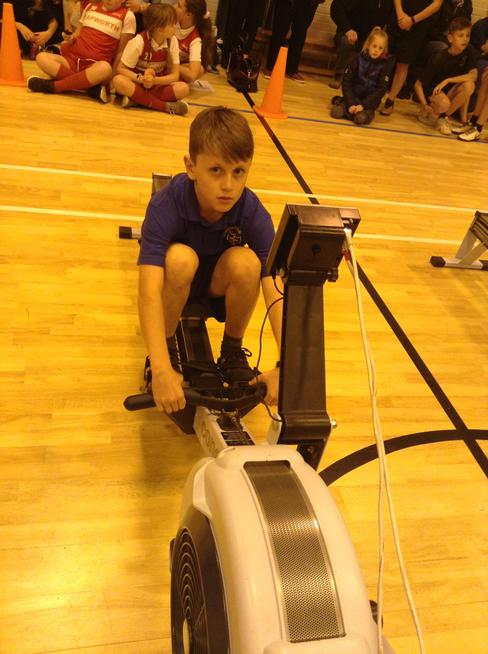 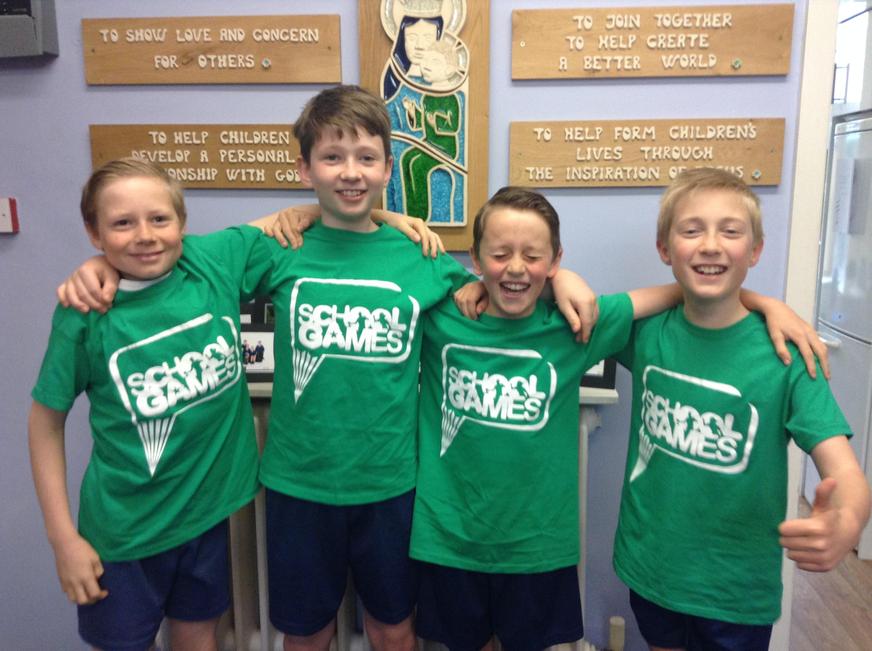 The Area Athletics tournament is an event where we compete against other local primary schools took place in June over two days. Our team pupils from Key stage 2 (years 3-6) made us very proud as they put everything into getting their best time/score. The first day was the field events in which our children took on events such as the Howler throw, Long jump and High jump. Whilst the second day is dedicated to track events such as the Hurdles, 60m sprints, 400m/600m and team relays. Our team did very well with some of the children achieving their personal bests which made them happy. The children with the best times/scores from each event go on to represent the district at the district athletics finals at Stratford High School, this year we managed to get 5 children to the finals who made us very proud and put on an excellent display at the finals and showed a great deal of effort and determination to do well. 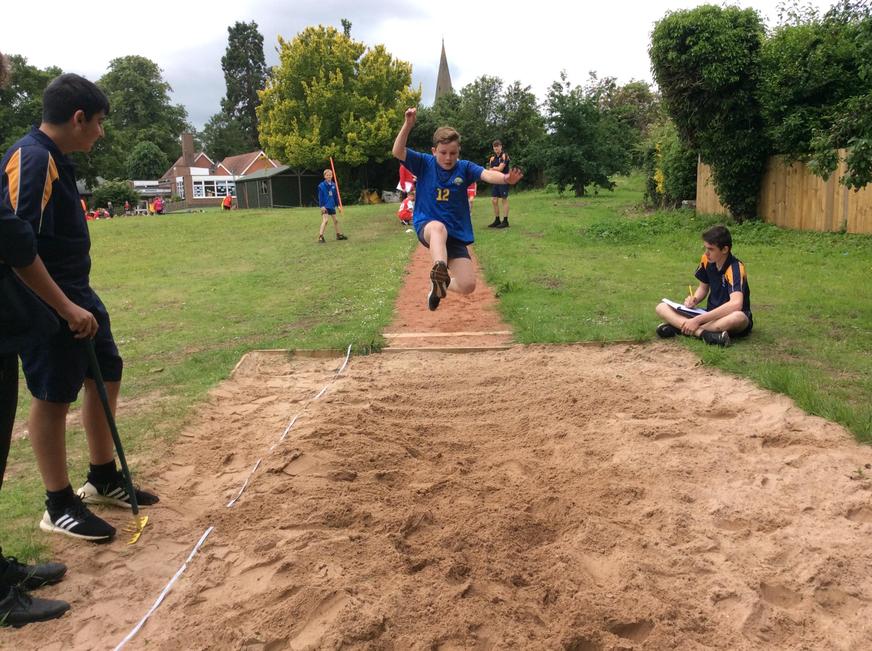 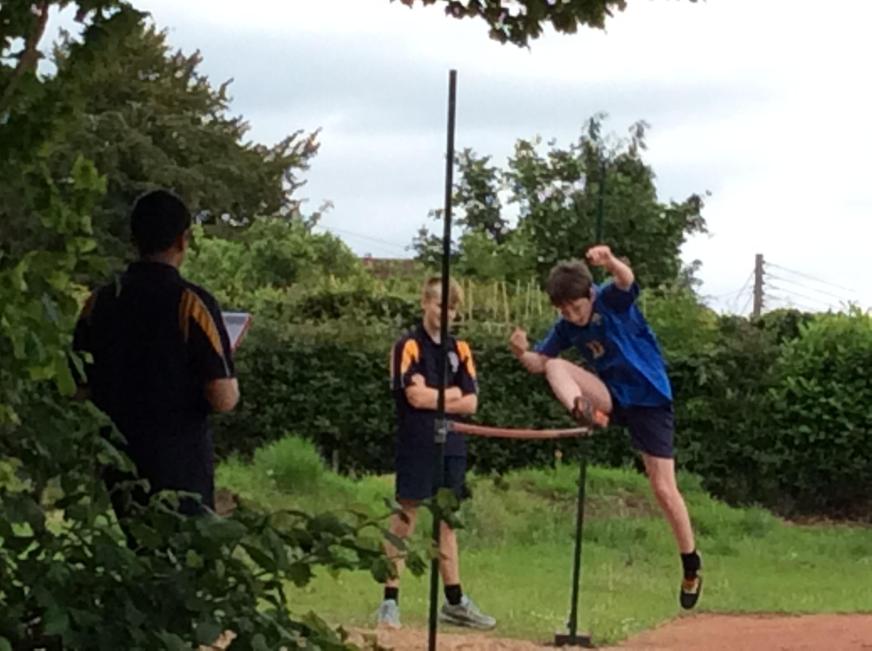 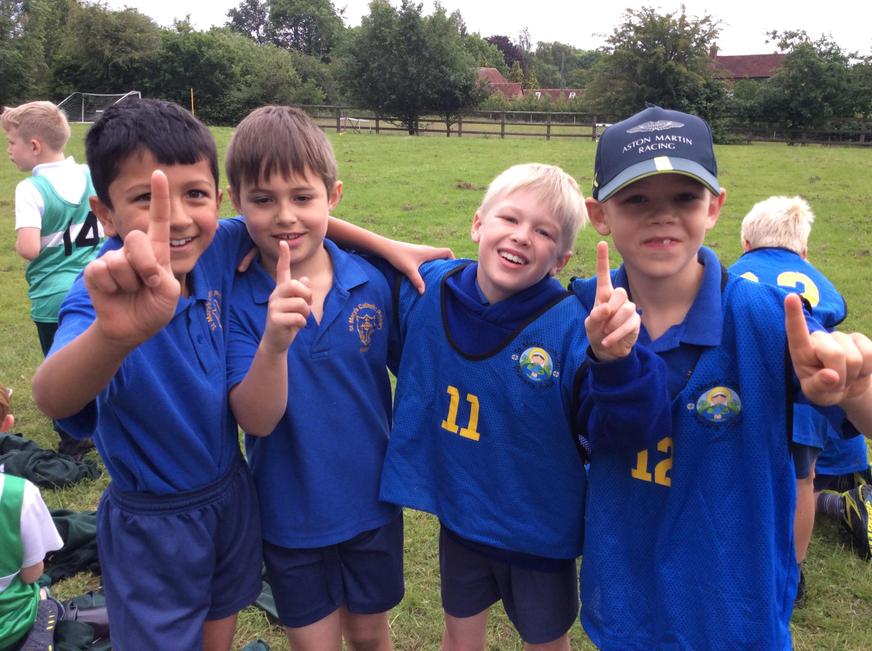 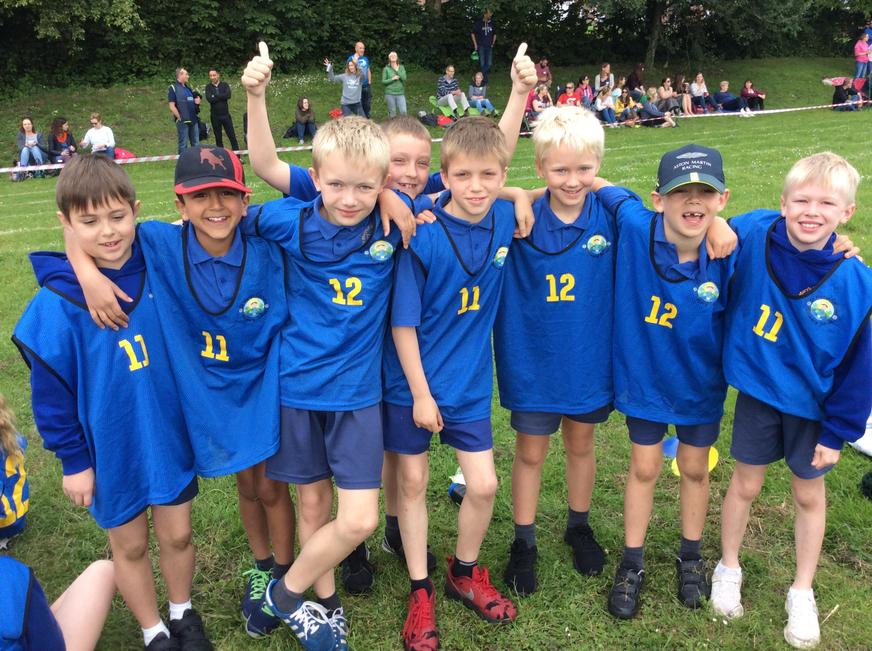